Giving Your Work a Time Out

Blog Have you ever edited something you wrote and knew it could be better, but just couldn’t see how? Maybe it needs a time out. 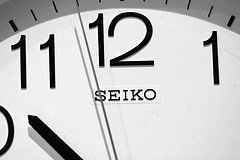 I recently read Stephen King’s On Writing . In it, he talked about putting a first draft in a drawer for some time before going back to edit it. I would have thought the advice didn’t make much sense if I hadn’t just done the very thing he recommended.I had written a small piece and had gone over it several times trying to improve it. Structurally everything was OK, but I still wasn’t happy with it. I just didn’t know how to make it better. I gave up and moved on to other pieces. After a few weeks, I went back to it and was amazed at how many improvements I made. My writing skills couldn’t have improved much in just a few weeks. Giving a work a time out really helped. Perhaps spending a lot of time on one piece exhausts your creativity as far as that piece is concerned and time away from it allows you to recover.

Following the time honored principle of if some is good, more is better, I’ve rested one piece several times. I’ve found that I see fewer improvements with each revisit. I even reverted back to an earlier version in the last edit. The piece is as good as it’s going to get.

If you haven’t tried this technique, you should try it at least once. It gives you an excuse to work on several pieces at the same time.