Tools of the Trade

Does writing have any tools of the trade anymore? When writing first started, writers quite literally had tools: the hammer and chisel. For the more mundane, there was the stylus and the clay tablet. Writers were probably pretty particular about the chisel they used to write on stone tablets. One mistake and you had to start all over again. The quality of the stone was important too. You might whip out a rough draft in sandstone, but if you wanted it to last there was nothing like granite. 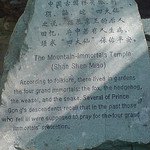 When the paper scroll was invented, writing went a lost faster. You still had to avoid mistakes. One little error and you had to start the scroll all over again. Where was Liquid Scroll when you needed it? Other than the scroll, your only tools was the quill, donated by a large bird, and ink.

Over time the printing press, fountain pens, and purple ink were invented. There were dedicated writing desks, both portable and stationary. This was probably the height of writing tools. The pens were beautifully made. Paper could be engraved or water marked. The best books would be leather bound with gold lettering on their covers.

The next significant invention was the typewriter. Many a writer had their cherished typewriter such as Herb Caen’s “Loyal Royal”. With its widespread use, the other tools of writing went into decline. Cheap paper could be had by the ream, pens became disposable, and writing desks disappeared altogether.

Finally, there came the personal computer. It’s a general purpose tool so one could argue that dedicated writing tools are no longer necessary. With electronic publishing, we even have gotten to the point where books are no longer printed. From the permanence of words etched in stone, we have progressed to ephemeral nature of magnetic charges stored in silicon.